Головна » No Category-English » Removal of milia and keratomas

Removal of milia and keratomas 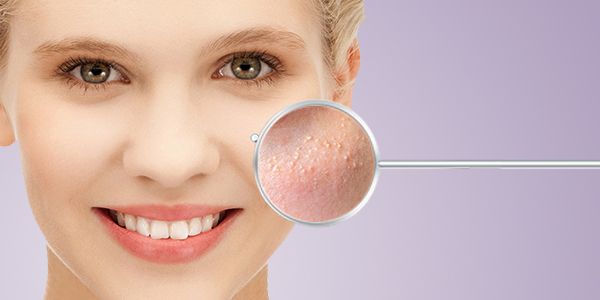 What is milia or whiteheads

Also, these neoplasms are called millet or retention cysts. These formations are characterized by different sizes, and they are located on the surface layers of the skin. They are usually white or yellow in color and look like a small white grain. They are mainly found in the area around the eyes, forehead, nose and chin. Also, they can be found on the temples and cheeks. Usually, if they are not injured and if they are not inflamed, these formations are not painful. The main cause of milia is considered to be an excessively strong division of skin cells, which is much ahead of skin exfoliation. All this, and leads to the formation of these elements, sometimes they are temporarily removed during facial cleansing, but only when removed by a laser or radio wave method, this can be done effectively and permanently.

It is necessary to distinguish between milia and closed comedones, which are formed when the duct of the sebaceous glands or hair follicles is closed. In turn, milia arise separately from follicles and glands.

Due to the fact that milia does not contain sebum, and epithelial cells, they cannot be removed as easily as can be done with comedones. In addition, they do not have a passage through which the contents of the cyst could come out.

Trying to get rid of a million on your own can lead to infection or scarring. That is why milia / whiteheads should be handled by a dermatologist.

What is a keratoma

Keratoma is a benign neoplasm of the skin that occurs due to the accumulation of the stratum corneum of the epidermis.

This neoplasm of the skin, which usually occurs in open areas of the skin, growth and elevation above the level of the skin caused by exposure to sunlight and constant friction of clothing.

Lighter skin is prone to the appearance of keratoma (1-2 phototypes according to Fitzpatrick).

The keratoma should be removed if:

For adequate treatment of both milliums and keratomas, they use: the radio wave method, laser removal and cryodestruction, which are successfully used at the Esteva Clinic.

The radio wave technique is a safe and painless way to remove neoplasms.

The main difference between radio waves is that a tumor removed by this method can be used as a biopsy specimen for histological examination.

The rehabilitation period takes a short period of time, which allows the patient not to disturb his usual way of life. 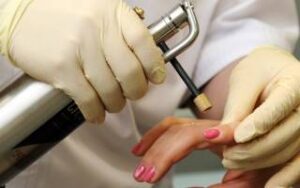 Exposure to low temperatures is widely used in the removal of neoplasms.

This is a simple and effective procedure. Some time after cryodestruction – about a few hours, a bubble forms in the area of exposure. You don’t need to touch it. Over time, it begins to decrease in size on its own, leaving a dark crust behind. 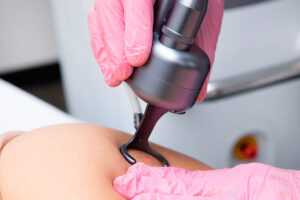 The laser excision procedure is generally similar to the radio wave method. The only difference is in the source of the radiation. The impact of the laser is pointless and the tissues surrounding the neoplasm do not fall into the zone of its action.

It is considered optimal to use a CO2 laser for the treatment and removal of keratomas and milliums in difficult areas. We are talking about:

Close proximity to the nail plates of the hands or feet;
Foot and plantar area.

✅ When removing neoplasms, digital dermatoscopy and histological examination are available to you
✅ We use modern methods
✅ Removals are quick and relatively comfortable with fast healing without scarring

The cost of the procedure